I spent the day making tons of food and serving it all to my family. So nothing was really made to be shown here. But I was the master of ceremonies at an archery contest
There is a movie I made of this but it is being released on HBO in February.
Owen won the contest. Improving the gene pool in every way! We welcome that.

Today I made a rocket out of a pop bottle and a half and some sand, cardboard and duct tape.
We all did! 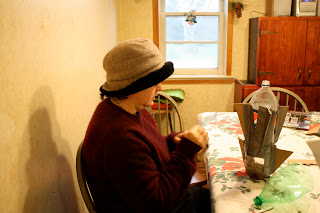 I loaded it on a rocket launcher 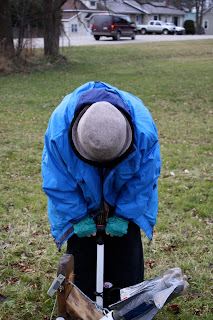 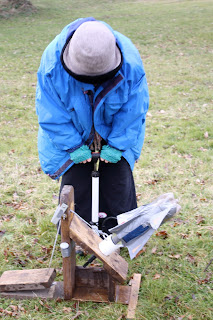 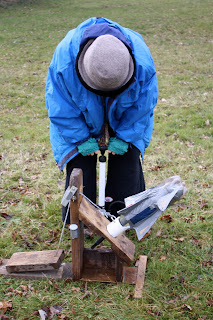 And finally I pumped enough. 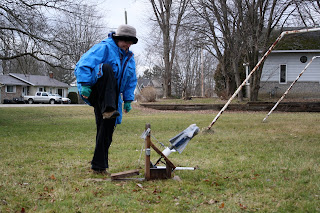 I raised my foot and stomped the release 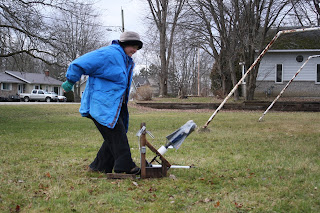 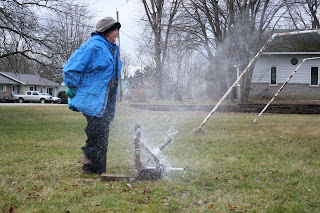 Lift off and a shower all at once! 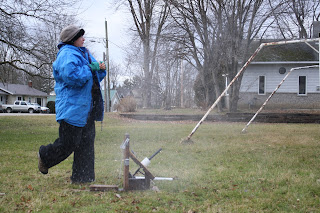 Wanda
Wiarton, On, Canada
I created The Welcome Mat and author the dyeing column in RHM for rug hookers to find new ways to bloom in the garden of life. Seed, bloom, withered stalk, I"ll tend them all!

For Majic Carpet Dyes and other grand and glorious dyeing majic and wool and WandaWear.